Bernard Buffet is a painter born in Paris in 1928 and he died in 1999 in Tourtour (Var). He composed characters as well as figures, animals, landscapes, still lifes and flowers. Watercolourist, he is also a theater decorator and illustrator. Bernard Buffet also studied Fine Arts such as Combas, Erro.


This artist has brought something new to the pictorial world. Indeed, we feel his own writing, with a lively and sure gesture, a delicacy of the artist's own drawing. We observe in his compositions a balance and harmony that we do not find elsewhere. With Buffet, the 1950s represent a miserable era with dark colors and subjects close to the theme of death and anxiety.

Throughout his life, Buffet was very attracted to the world of the circus by seeking to represent the heads of clowns, but also painted landscapes such as a fishing port or a vision of the city of New York. 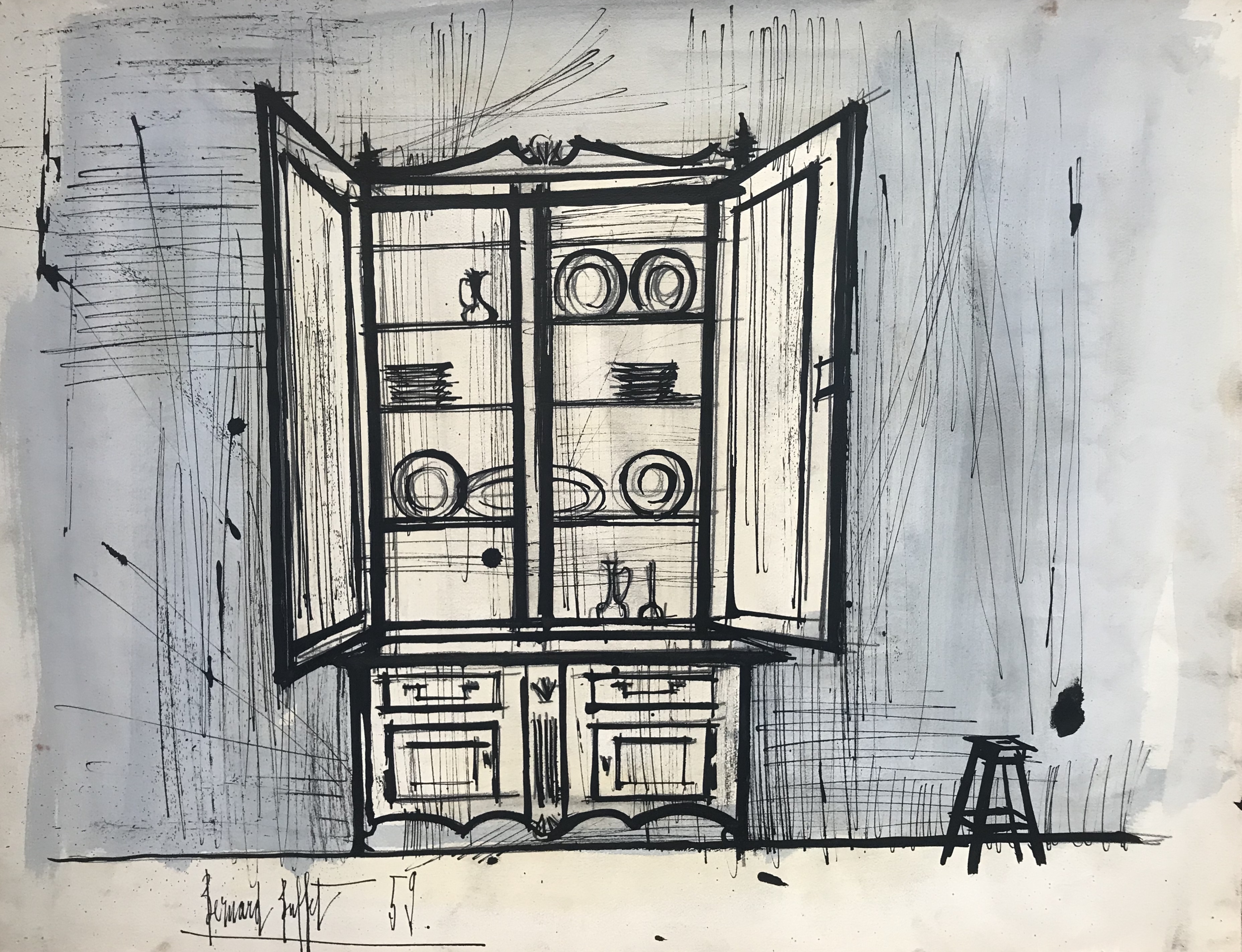