Dubuffet is a painter sculptor, born in Le Havre in 1901.

After having studied the drawing and having lived a short experiment of wine trade in the family business, it was turned in 1942 to its pictorial work.
He is the first theorist to have given like style of art, the name of rough Art, “preferred with cultural arts” where painting ““known as better than the words”.
This artist, working per series, exerts a figurative painting, at the border between “the most unclean smearing and of the small miracle”.
His first outstanding exposure takes place in 1945 in Released Paris, while exposing to the gallery René Drouin.
From 1944 to 1951, this artist causes the scandal in Paris, by composing a series of fabrics where one finds primitive characters with the apparent sexual organs (“Body of ladies 1950-1951).
From 1951 to 1962, it fixes and partitions the prints or uses various materials to describe “the landscapes of mental” (series of the beaten Pastes).
His work is made up of assemblies, often qualified wrongly “joinings”, sculptures and monuments.
In the years 1960, Dubuffet turns to the sculpture and begins an important series of sculptures out of expanded polystyrene painted with vinyl.
he realised many orders, like the Tower with the Figures for the island German saint in Issy Les Moulineaux (1988).
In 1963, a great retrospective pays then him homage to the Museum of Modern Art de New York, visible in Chicago or Los Angeles.
Dubuffet is an artist iconoclast who produced a work abundant and diversified. Today, he is recognized like one of the artists most important of the 20th century.
he died in 1985 in Paris. 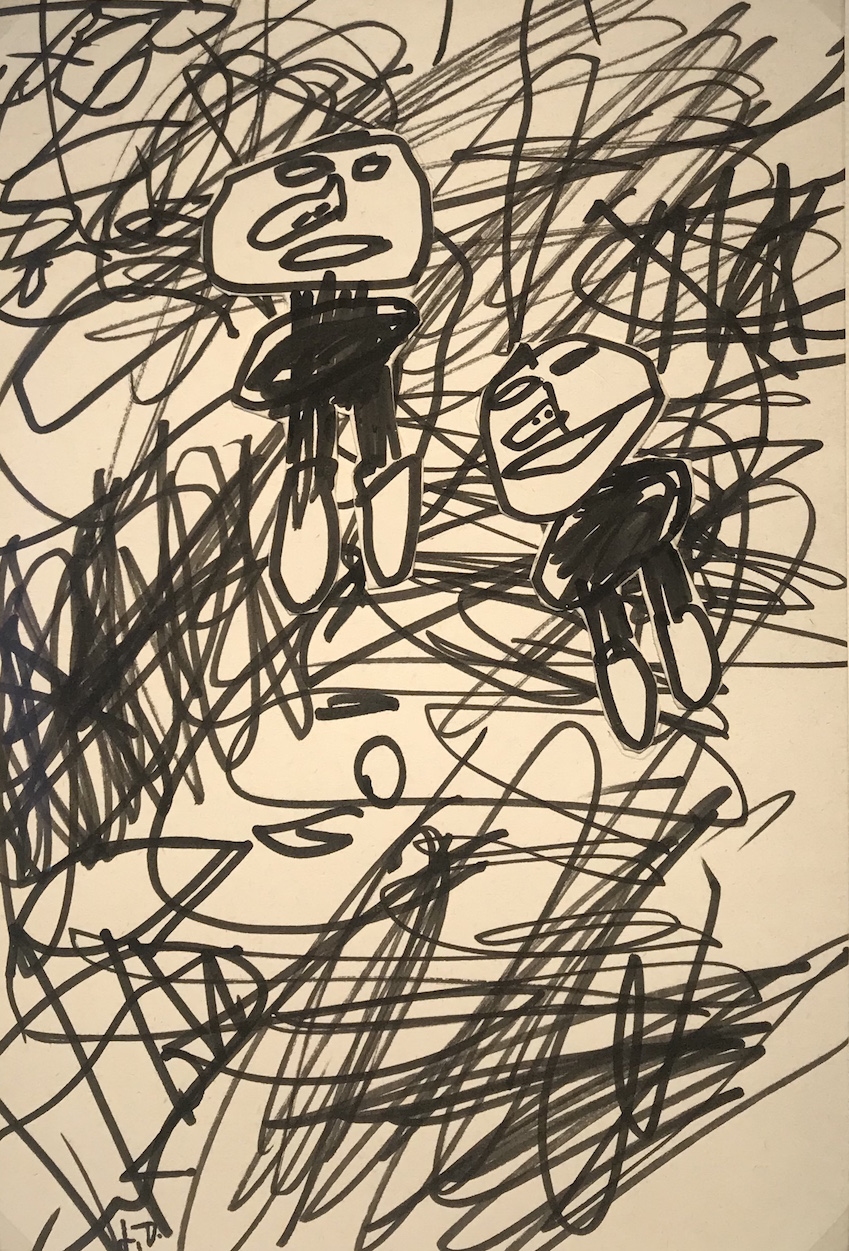