Hans Hartung is a German painter born in 1904.

At the start of the booming expressionist movement in the 1920s, he studied art and tried to reproduce the works of Rembrandt or Goya.

In 1922, he discovered a process of colors with "aniline" which made it possible to give watercolors much more intense colors.

He moved to France in 1935 where he met Piet Mondrian, Alexander Calder, etc. He began to find his style by developing a series of works "ink stains".

Hans Hartung is attracted by the effect of the colors placed in relation to each other while being in a very abstract movement. The 1940s marked the end of the preparatory drawing.

He quickly became a major figure in the informal and gestural language that was very prominent in the 1950s. The color is always present but the forms disappear in favor of a unique gesture while respecting a principle: each color has its movement.

Hans Hartung continued to explore new techniques such as scraping that can be found in his 1960s series which allow him, using various tools, to paint the paint while it is still fresh in order to draw a new network of lines.

Finally in 1970, Hans Hartung became less attached to the sign to devote himself to the surface with the help of a lithographic roller and worked on transparency by playing with light. 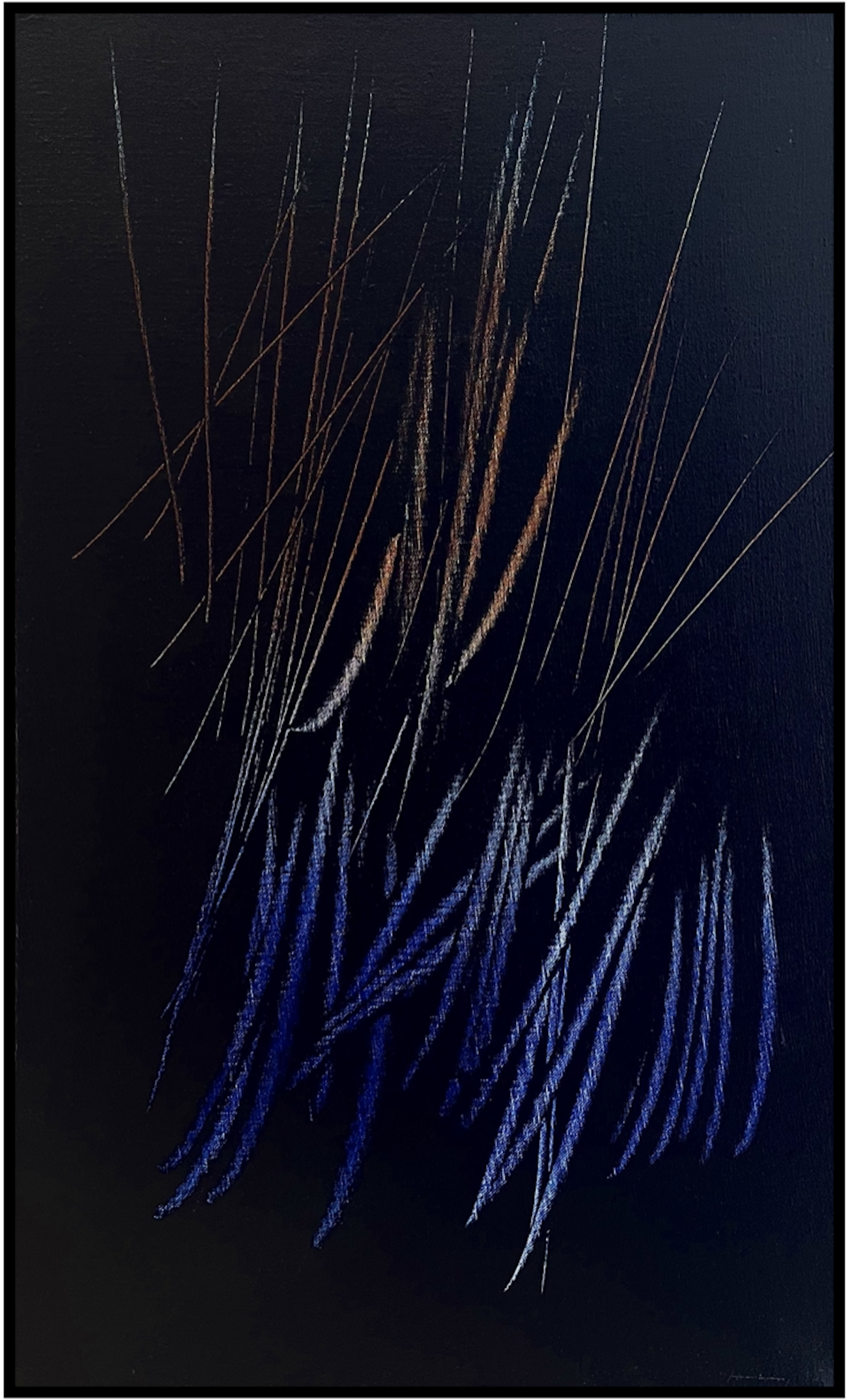