Victor Vasarely is an Hugarian artist born in Pecs in 1906 which obtain the French nationality in 1961.

In the 20’s he followed during only two years medicine at the university of Budapest before he decided to go at Beaux-Arts and at the Bahaus’s school of Budapest.

In 1932, he settled in Paris where he worked as graphic artist in ad agency as drawer-creator in Havas or Draeger.

He had done his first major work “Zebra” considered in kinetic art based of key figures like Sonia Delaunay, Piet Mondrian…

During years, he created his own model of abstract art inspired by geometry. With can find in his works many colors and forms. He was actually recognized as the father of optical art.

His artworks changed and we noticed that is art is really methodical with infinite combinations that permit to create a number considerable of pieces. We find a new style by turning in some creation something more pictorial and abstract.

In 1976, he decided to create is own foundation to promove and conserved his entire work.

Victor Vasarely died in 1997 in Annet-sur-Marne at the age of 91 years old. 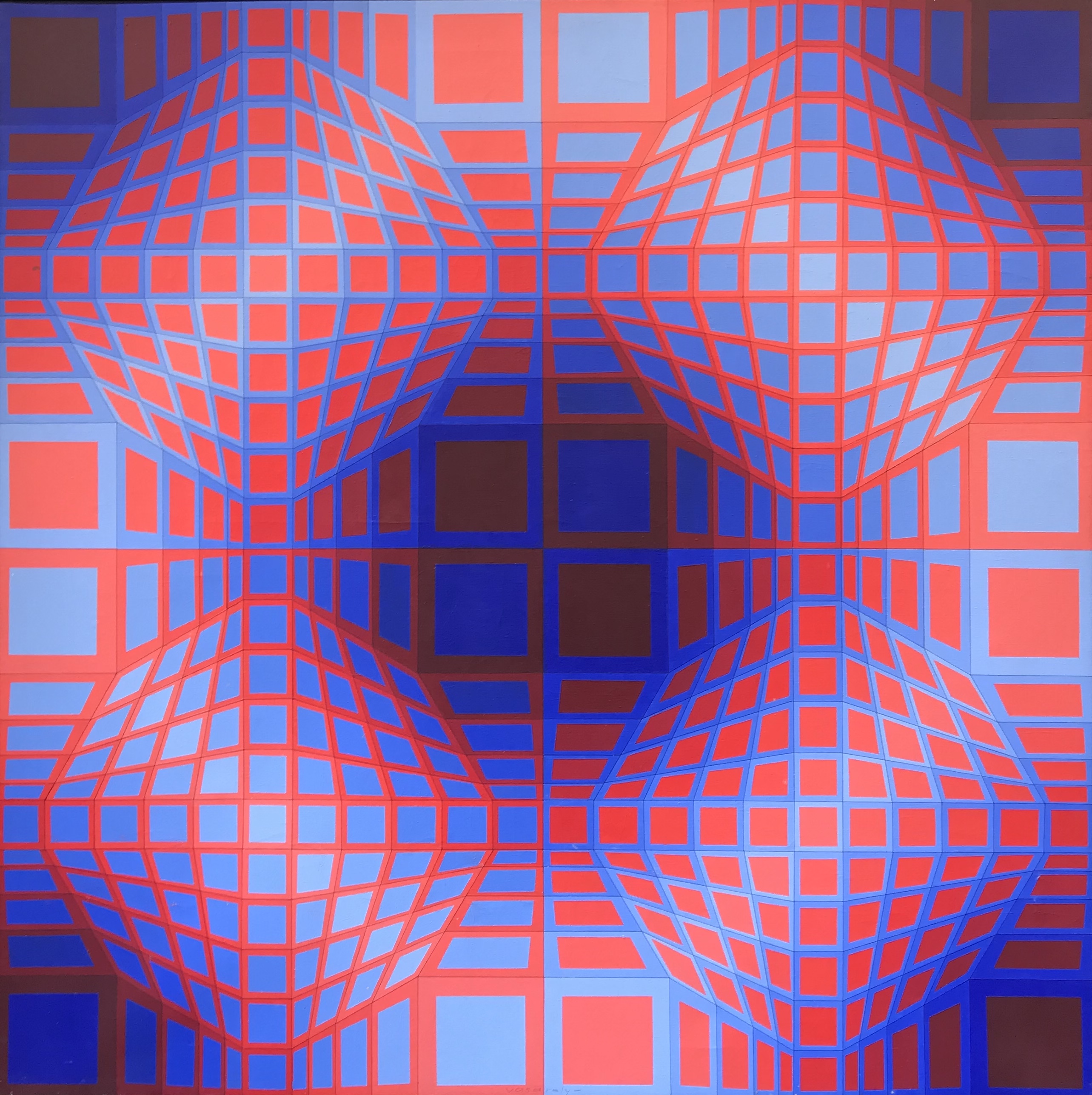 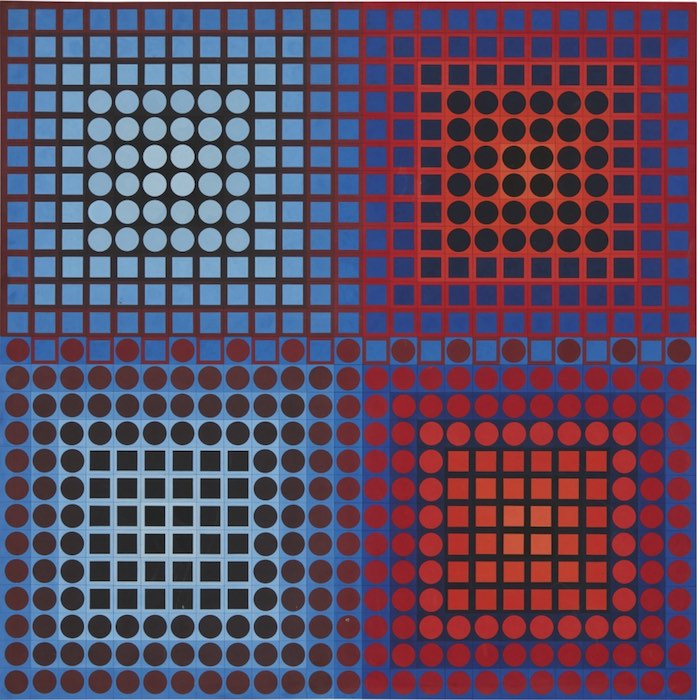